Template:Update section The Women's National Football Conference was founded in 2018, with their inaugural season in 2019. On their website, the WNFC describes themselves as looking to create a standard of excellence and opportunities. Notably, the WNFC does not charge teams of players a fee for entry into the league; rather, teams are invited into the league based on quality of market, team, players and ownership.[1]

On December 10, 2018, the WNFC announced a historic partnership with Adidas, as part of the latter's "She Breaks Barriers" initiative.[2] As part of that partnership, Adidas serves as the WNFC's presenting sponsor, with all WNFC teams wearing custom-made Adidas uniforms.

The season began on April 6 and ended with the inaugural IX Cup (named in honor of Title IX) on June 29, which saw the Texas Elite Spartans defeat the Utah Falconz 19-14.[3]

The WNFC has added five teams so far for the 2020 season; three from the WFA and two from the USWFL. 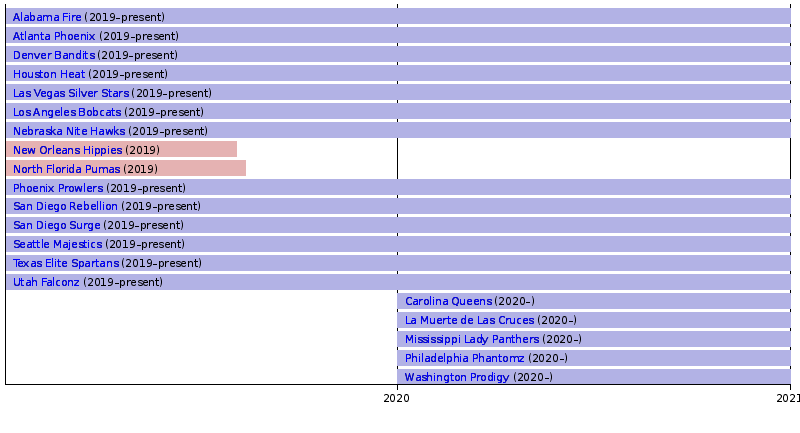 Retrieved from "https://americanfootballdatabase.fandom.com/wiki/Women%27s_National_Football_Conference?oldid=241389"
Community content is available under CC-BY-SA unless otherwise noted.