The Wisconsin Intercollegiate Athletic Conference (WIAC) is a college athletic conference that competes in the NCAA's Division III. As the name implies, member teams are located in the state of Wisconsin, although there are three associate members from Minnesota and one from Illinois. All full members are part of the University of Wisconsin System. 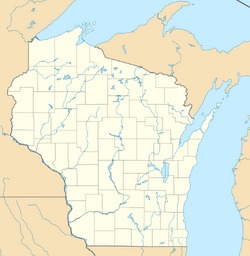 In 1971, the member schools of the WSUC joined with the University of Wisconsin–Madison, University of Wisconsin–Parkside and Carthage College to form the Wisconsin Women's Intercollegiate Athletic Conference. By 1975, UW–Milwaukee, Carroll College, the University of Wisconsin–Green Bay and Marquette University had also joined. With the dissolution of the Association of Intercollegiate Athletics for Women in 1982, the member schools joined their male counterparts in either the NCAA or NAIA. By 1993, the non-NCAA Division III members had all dropped out, resulting in the WWIAC having the same membership as the WSUC. Under the circumstances, a merger was inevitable. In 1996, Gary Karner was named commissioner of both the WSUC and the WWIAC. The two conferences formally merged in 1997 to form the current WIAC.[1]

The conference remained unusually stable over the years; the only changes in full membership being the departures of UW–Milwaukee in 1964 and UW–Superior in 2015.

To celebrate its centennial, the conference named All-Time Teams in each sport that is currently or was previously recognized as a "championship" sport within the conference.[5] Furthermore, the WIAC commissioned a commemorative work of art, created by Tim Cortes,[6] and has also created a two-year calendar in celebration of its centennial.[7]

The celebration was headlined by its Centennial Banquet held on August 4, 2012, at the Alliant Energy Center in Madison, Wisconsin. Among the honorees at the event were the All-Time Team members and the inaugural class to the WIAC Hall of Fame.

UW–Superior left the WIAC as a full member on July 1, 2015.[9] They remain affiliate members for men's and women's ice hockey.[9]