For the defunct league by the same name, see United States Hockey League (1945–51).

The United States Hockey League (USHL) is the top junior ice hockey league sanctioned by USA Hockey. The USHL has 16 member teams located in the Midwestern United States, consisting of players who are 20 years of age and younger. The USHL is strictly amateur, allowing former players to compete in NCAA college hockey.

The 2019 Clark Cup Championship was won by the Sioux Falls Stampede, their third league championship. The Tri-City Storm won the Anderson Cup as the 2018–19 regular season champions, their second in franchise history.

The USHL is the country's top sanctioned junior hockey league, classified as Tier I. Like comparable entities such as the Canadian Hockey League (CHL)'s three member leagues, the USHL offers a schedule of high-level, competitive games for top players aged 16 to 20. Unlike the CHL, it does not pay a stipend to its players, who thus retain amateur status and are eligible to play in the NCAA.[1]

Teams are subject to strict roster rules. In 2017–18 they may have no more than four overage skaters (players who have turned 20 in the first year of the season) and are limited to a maximum of five import players, three international players and two Canadian skaters. Starting in 2018–19, non-American goaltenders will count as two import players in a move designed to give more development time to American goalies, who are also exempt from the overage rule.

USHL teams, which are typically located in mid-sized cities (see map of team locations), pay for all uniforms and equipment. Players live with local families, who receive a small stipend for food expenses, and either continue school or work part-time jobs. Due to their schedules, more than 90% of games are on weekends, which many NHL and college scouts attend.[1] Average attendance at regular season games for the 2014–15 season was 2,715 with 1,384,820 fans attending games during the season.[2]

One hockey analyst stated that the USHL's first line players are as good as their counterparts in the CHL—historically an important producer of NHL players—but that the Canadian-based league has better third and fourth lines. In 2006, Trevor Lewis, the 17th pick in the NHL Entry Draft, was the first USHL player to sign an NHL contract immediately after playing in the league.[1].

At the conclusion of the 2014–15 regular season, the USHL has tallied 251 Alumni that have played in the NHL and has 347 current players with NCAA College Commitments.[3] According to the league, approximately 95 percent of its players will eventually land a Division I college scholarship.[4]

The USHL Draft is an annual event conducted in two "phases" during the second week of May.[5] The first phase is an eight-round draft of U-17 players for the upcoming season. The second phase of the draft is open to all players eligible to play junior hockey who are not already protected by a USHL team. The number of players drafted varies, as each team will draft until they have filled the 45 spots available on their roster. Undrafted players are open to try out for any team as a try-out player. Each team must reduce their roster to 23 players for the start of the season, but may carry 18 additional players on an affiliate list.[6] 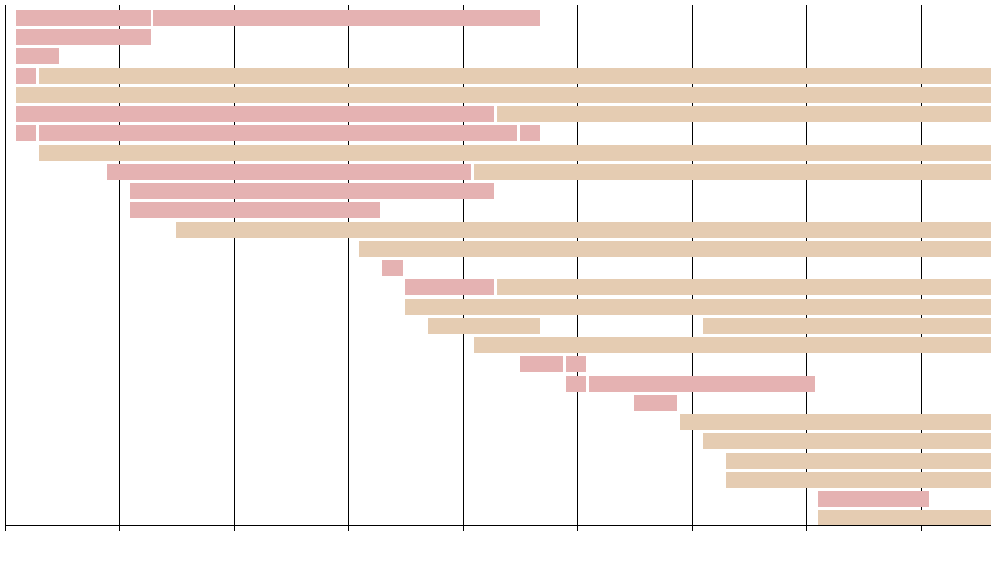 Precursors to this league were:

The United States Hockey League was established as the American Amateur Hockey League in 1947 and began play for the 1947–48 season. When the league began operations it had five teams in and around the twin cities arena along with a team in Rochester. The league was made up three clubs from St. Paul which were 7-Up, Koppy's and Tally's. Two from Minneapolis Jersey's and Bermans. Along with a team from Rochester called the Rochester Mustangs. After the 1947–48 season the St. Paul Tally's dropped out of the league and left the five remaining members to make up the league for the 1948–49 and 1949–50 seasons. For the 1950–51 season the St. Paul 7-Up and St. Paul Koppy's merged and became St. Paul 7-Up/Koppy's. The Minneapoils Bermans dropped out of the league and new team called the Twin City Fords were added to give the American Amateur Hockey League four teams for 1950–51 season. The Rochester Mustangs were the only club to return for the fifth and final season of the American Amateur Hockey League in 1951–52. Gone were the St. Paul 7-Up/Koppy's, Twin City Fords and the Minneapolis Jerseys. Replaced by the St. Paul Saints, Hibbing Flyers, Minneapolis Millers, Eveleth Rangers and the first club based outside of the state of Minnesota the Sioux City Iowa Sunhawks. Which gave the league six clubs for 1951–52.

After two seasons as the Minnesota Hockey League the league became the United States Central Hockey League and would be called this for five years 1956 to 1960. Only three of the four teams who had made up the Minnesota Hockey League for the 1954–55 season returned. those teams were the Rochester Mustangs along with both Minneapolis clubs the Culbersons and the Bungalows. Gone were the St. Paul Saints who replaced by a team called the St. Paul Peters. These four clubs would make up the USCHL for the 1955–56 and 1956–57 seasons. For the 1957–58 season the St Paul Peters were replaced by a team called St. Paul K.S.T.P. The Rochester Mustangs were the only team to return for the 1958–59 season. Gone were St. Paul K.S.T.P along with both Minneapolis clubs the Culbersons and the Bungalows. The league returned to four teams when it replaced these clubs with the St. Paul Capitols, Minneapolis Millers and the Des Moines Ice Hawks, marking the league's return to Iowa. For the fifth and final season of the USCHL the St Paul Capitols dropped out and the league expanded to five teams and into new territory with a team in Michigan with the addition of the Marquette Sentinels and Wisconsin with the addition of the Green Bay Bobcats.

By the late 1970s, the USHL had fallen on hard times. In the summer of 1977, clubs from the recently folded Midwest Junior Hockey League contacted the USHL. A unique merger was formed, with the three junior teams (Bloomington Junior Stars, Austin Mavericks, St. Paul Vulcans) and three remaining pro teams (Sioux City Musketeers, Waterloo Black Hawks, Green Bay Bobcats) gathered under the USHL banner. League governors decided on a two-division format, with the junior-aged teams in the Midwest Division and the professionals in the U.S. Division. The teams played an interlocking schedule that was, predictably, dominated by the professionals. The USHL's split existence would last just two seasons. The minor-pro wing of the league folded following the 1978–79 season, providing junior hockey operators with the opportunity to redefine the circuit. The 1979–80 season was the league's first as an entirely junior arrangement.[14]

The league's last season as a senior hockey league was 1978–79. During this final season the league comprised seven teams in two conferences. The U.S. Conference (with the Green Bay Bobcats, the Sioux City Musketeers and the Waterloo Black Hawks); while the Midwest Conference (with the Anoka Nordiques, the Austin Mavericks, the Bloomington Junior Stars and the St. Paul Vulcans). All seven teams were made up with players categorized as "Senior Amateur".[15][16][17][18][19][20][21] Following the 1978–79 season the senior league teams in the U.S. Conference folded and the USHL became an all-junior league the following season.[22]