The Southern States Athletic Conference (SSAC) is a collegiate athletic league in the United States. The 12 member universities compete in 13 sports in the NAIA. Basketball teams compete in Division I of the NAIA. 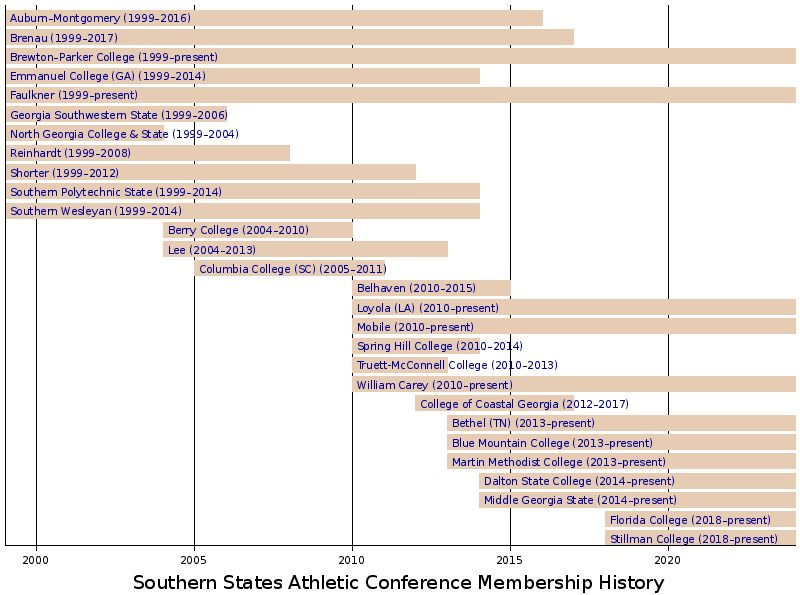 The SSAC holds championships in the following 15 sports:

Retrieved from "https://americanfootballdatabase.fandom.com/wiki/Southern_States_Athletic_Conference?oldid=208289"
Community content is available under CC-BY-SA unless otherwise noted.