The Southern Intercollegiate Athletic Conference (SIAC) is a College athletic conference consisting of historically black colleges and universities located in the southern United States. Formed in 1913, the SIAC is a member of the NCAA and competes in Division II athletics. Only two of the original participating schools have held continuous memberships: Clark College (now Clark Atlanta University) and Tuskegee University. 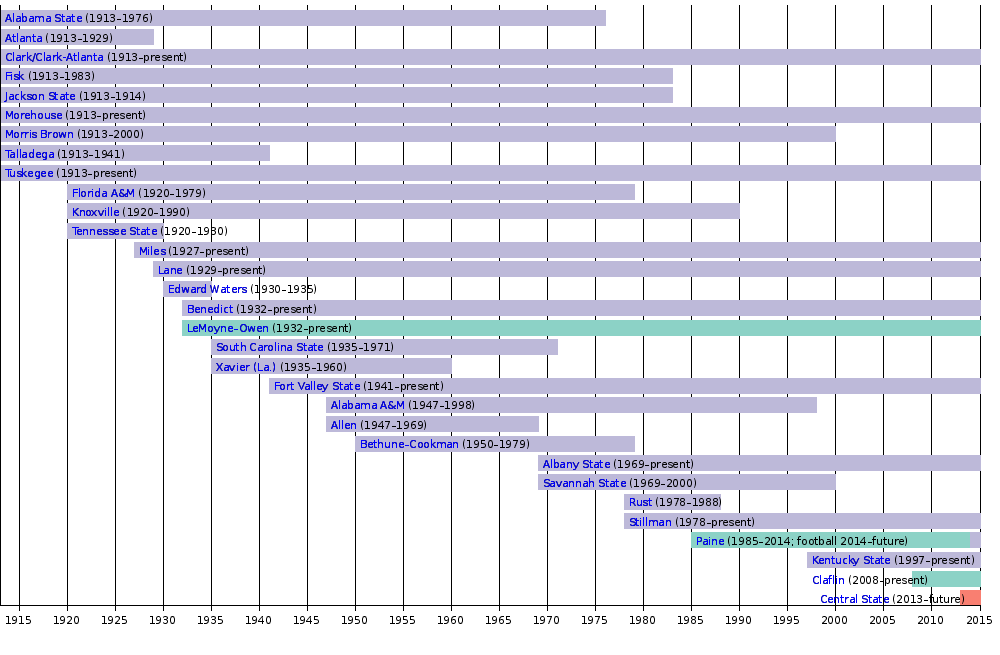 A.^ The U.S. Army's 24th Infantry Division teams competed as members of the SIAC from 1930 until 1935.
B.^ Golf returned as a conference sport in 2008. The first SIAC Intercollegiate Golf Championship was held at Tuskegee in 1938. The SIAC stopped Golf as a sport due to World War II but restarted in 1947 as an official conference sport until 1980 when golf was discontinued.[5]

Retrieved from "https://americanfootballdatabase.fandom.com/wiki/Southern_Intercollegiate_Athletic_Conference?oldid=137256"
Community content is available under CC-BY-SA unless otherwise noted.