The New England Patriots, commonly called the "Pats", are a professional football team based in the Greater Boston area, playing their home games in the town of Foxborough, Massachusetts at Gillette Stadium. The team is part of the East Division of the American Football Conference (AFC) in the National Football League (NFL). The team changed its name from the original Boston Patriots after relocating to Foxborough in 1971, although Foxborough is a suburb of Boston, 22 miles (35 km) away.

Between 2001 and 2005, the Patriots became the second team in NFL history (after the Dallas Cowboys) to win three Super Bowls in four years (Super Bowl XXXVI, XXXVIII, and XXXIX), and the eighth to win consecutive Super Bowls. The Patriots, however, were defeated by the New York Giants in Super Bowl XLII, after winning the first 18 games of their 2007 season. Under quarterback Tom Brady and head coach Bill Belichick, the Patriots have also compiled the longest winning streak consisting of regular season and playoff games in NFL history, a 21-game streak from October 2003–October 2004.

The Patriots' time in the AFL saw them struggle most years as they never had a regular home stadium. Nickerson Field, Harvard Stadium, Fenway Park, and Alumni Stadium all served as home fields during their time in the American Football League. They did play in one AFL championship game, following the 1963 season. They lost to the San Diego Chargers 51–10. They would not appear again in an AFL or NFL post-season game for another 13 years.[1]

When the NFL and AFL merged in 1970, the Patriots were placed in the AFC East division, where they still play today. The following year, the Patriots moved to a new stadium in Foxborough, Massachusetts, which would serve as their home for 30 years. As a result of the move, they announced they would change their name from the Boston Patriots to the Bay State Patriots. The name was rejected by the NFL and on March 23, 1971, the team officially announced they would become the New England Patriots.

During the 1970s, the Patriots had some success, earning a berth to the playoffs in 1976—as a wild card-team—and in 1978—as AFC East champions. They lost in the first round both times. In 1985, they returned to the playoffs, and made it all the way to Super Bowl XX, which they lost to the Chicago Bears 46–10. Following their Super Bowl loss, they returned to the playoffs in 1986, but lost in the first round. The team would not make the playoffs again for eight more years. They changed ownership three times, being purchased from the Sullivan family first by Victor Kiam in 1988, who sold the team to James Orthwein in 1992. Orthwein intended to move the team to his native St. Louis, Missouri, but sold the team two years later to current owner Robert Kraft in 1994.[1]

Though Orthwein's period as owner was short and controversial, he did oversee major changes to the team, first with the hiring of former New York Giants coach Bill Parcells in 1993. Also a change was made that same year to the Patriots uniforms, changing their primary colors from their traditional red and white to blue and silver, and introducing a new logo.[2] Parcells would bring the Patriots to two playoff appearances, including Super Bowl XXXI, which they lost to the Green Bay Packers by a score of 35–21. Pete Carroll, Parcells's successor, would also take the team to the playoffs twice in 1997 & 1998 before being dismissed as head coach after the 1999 season.[1]

The Patriots' current coach Bill Belichick was hired in 2000, and a new home field, Gillette Stadium was opened in 2002. Under Belichick, the team won three Super Bowls in four years, and finished the 2007 regular season with a perfect 16–0 record, becoming only the fifth team in league history to go undefeated in the regular season, and the only one since the league expanded its regular season schedule to 16 games.[1] After advancing to Super Bowl XLII, the team's fourth Super Bowl in seven years, the Patriots were defeated by the Giants to end their bid for a 19–0 season. With the loss, the Patriots ended the year at 18–1, becoming only one of three teams to go 18–1 along with the 1984 San Francisco 49ers and the 1985 Chicago Bears. Those teams, however, won the Super Bowl.

Meanwhile, the rise of quarterbacks Tom Brady and Peyton Manning in the early 2000s led to an increased rivalry between Manning's Indianapolis Colts and Brady's Patriots. The teams met three times in four years (2003, 2004, 2006) in the playoffs, with the winner going on to win that season's Super Bowl each time.

Under head coach Bill Belichick, the Patriots have employed specific on-field and off-field strategies. On the field, the Patriots have typically utilized an "Erhardt-Perkins" offense and a "Fairbanks-Bullough" 3–4 defense, referred to commonly as a 2-gap 3–4 defensive system.[3] Their philosophy in making personnel decisions and in game planning has focused on the "team" concept,[4] stressing preparation, strong work ethic, versatility,[5] and lack of individual ego.[6] This approach, which led to three Super Bowl victories under Belichick, was analyzed in the 2004 book Patriot Reign.

When owner Robert Kraft purchased the team in 1994, he did so for $175 million. Since then, the Patriots have sold out every home game in both Foxboro Stadium and Gillette Stadium. By 2009, the value of the franchise had increased by over $1 billion, to a Forbes Magazine estimated value of $1.361 billion, third highest in the NFL.[7]

Since 2002, the Patriots' home stadium has been Gillette Stadium, a $350 million facility privately financed by Kraft. It houses all administrative offices for the team and its owning entity, The Kraft Group, as well as the Kraft-owned Major League Soccer team, the New England Revolution. The field, which was originally natural grass, was replaced with a FieldTurf surface during the 2006 season. The area around the stadium was developed, beginning in 2007, into a $375 million "lifestyle and entertainment center" called Patriot Place.

Prior to 2002, the Patriots played in Foxboro Stadium dating back to 1971, the team's second year in the NFL after the AFL-NFL merger. During the team's days in the American Football League, the Boston Patriots were hosted by a number of fields in or around Boston.

Hall of Famers and retired numbers

The New England Patriots feature 16 former players and one contributor in their team hall of fame, established in 1991. A committee of media and staff selected 11 players for enshrinement between 1991 and 2001, before a six-year span of no selections. In 2007, in advance of the 2008 opening of the Hall at Patriot Place, the Patriots introduced a new nomination committee to select three candidates, with the winner of an internet fan vote being enshrined in the hall of fame.[8] In order to be eligible, players and coaches must be retired for at least four years.[9] Beginning in 2011 and meeting every five years, a senior selection committee has the option of voting a player who has been retired for at least 25 seasons into the hall of fame.[10]

Former owner Billy Sullivan was inducted by owner Robert Kraft in March 2009, the Patriots' 50th season, as a contributor.[11]

Additionally, four former Patriots players have been enshrined in the Pro Football Hall of Fame. The Patriots have officially retired seven uniform numbers.

During each game, about 10 men dressed as minutemen line the back of each end zone. When the Patriots score a touchdown, field goal or point-after-touchdown, the militia behind the opposite end zone fire a round of blanks from flintlock muskets. ESPN named this one of the top ten celebrations in the league in 2007.[12]

Any preseason games not on national television are shown on CBS affiliate WBZ-TV. These games were broadcast on ABC affiliate WCVB-TV from 1995 until the change to WBZ in 2009. Don Criqui has been the play-by-play announcer the last several years, with Randy Cross as a color commentator and Mike Lynch as a sideline reporter. Lynch was replaced by WBZ reporter Steve Burton in 2009. 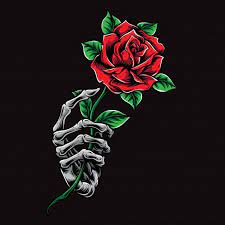