The Mid-States Football Association (MSFA) is a college athletic conference affiliated with the NAIA. Member institutions are located in Illinois, Indiana, Iowa, Michigan, and Missouri. The MSFA was organized in 1993, and on-field competition began in 1994. The MSFA is divided into two leagues, The Mideast and the Midwest.

In 2019, Indiana Wesleyan and Lawrence Tech will begin conference play as members of the Mideast League. In order to retain balance between the two leagues, Lindenwood-Belleville and Missouri Baptist shifted divisions to play in the Midwest League. 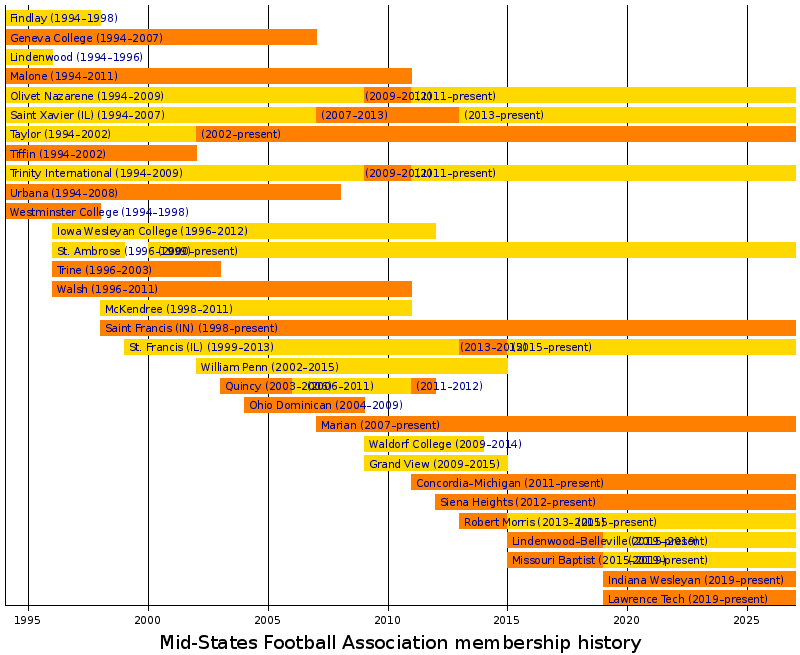 Retrieved from "https://americanfootballdatabase.fandom.com/wiki/Mid-States_Football_Association?oldid=208317"
Community content is available under CC-BY-SA unless otherwise noted.