The Heart of America Athletic Conference (HAAC or The Heart)[1] is a college athletic conference affiliated with the NAIA. Member institutions are located in Iowa, Kansas, Missouri, and Nebraska in the United States.

The current commissioner of the conference is Lori Thomas. Thomas, the first female commissioner in NAIA history,began her term in 2014,[5] succeeding Larry Lady who retired after 22 years as commissioner.[citation needed] 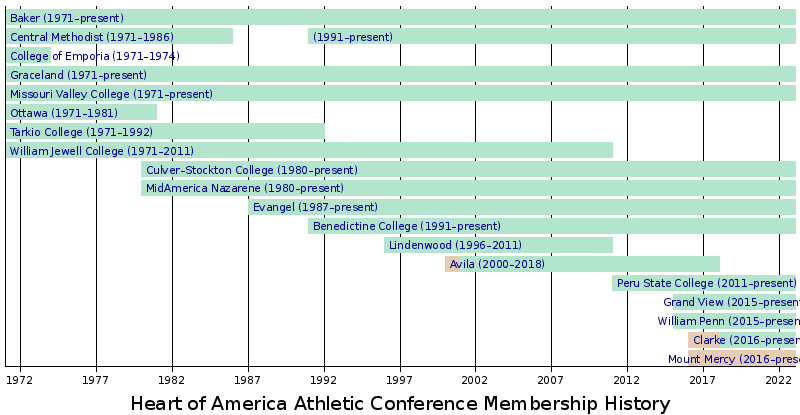 Retrieved from "https://americanfootballdatabase.fandom.com/wiki/Heart_of_America_Athletic_Conference?oldid=208283"
Community content is available under CC-BY-SA unless otherwise noted.