A head coach, senior coach or manager is a professional at training and developing athletes. They typically hold a more public profile and are paid more than other coaches. In some sports such as soccer and baseball, the head coach is usually called a manager, whilst in other sports such as Australian rules football they are generally termed a senior coach.

Other coaches are usually subordinate to the head coach, often in offensive positions or defensive positions, and occasionally proceeding down into individualized position coaches.

Head coaches in American football have different responsibilities depending on what level of the sport they are coaching.

In high school football, head coaches are often teachers who coach. Often they are compensated by a small increase in pay, but the time and effort given up for the job requires that the coach be eager to invest a lot of their time into the project and be passionate about the sport. 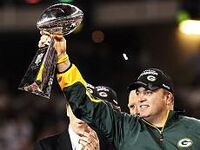 Because high school coaching positions are often hard to fill[citation needed], the head coach has a much more complete hold on the intricacies of the team. He may have to perform the duties of a defensive or offensive coordinator.

Often, high school head coaches have to do more work off the field than on. It is important that head coaches in high school hire a competent and proactive coaching staff because when the head coach is pulled away from practice then he must be confident that his team is in good hands with his other coaches and staff. One of the most difficult issues, off the field, that head coaches must deal with is the parents. He must be able to handle any issues that parents may have with the way that the head coach is running the program, all along while staying professional and not being demeaning.

One of the major features of head coaching in college football is the high turnover rate for jobs.[citation needed] With few exceptions (notable ones including Joe Paterno, Frank Beamer, Bobby Bowden and LaVell Edwards) college coaches often routinely change jobs, rarely staying at a school for more than a decade. They have a very well-paid staff and as such are more free to concentrate on the overall aspect of the team rather than dealing with the nuances of training regimens and such.

Unlike head coaches at other levels, college coaching staffs are solely responsible for the composition and development of players on the team. The ability to recruit and develop top players plays a major role in success at this level.

A college coach acts as the face of a team, at an age when many young players do not wish to be hounded by media. They are often called upon to discuss off-the-field incidents such as rule infractions or player antics. Sometimes, the coach becomes a celebrity in his own right, e.g., Lou Holtz. 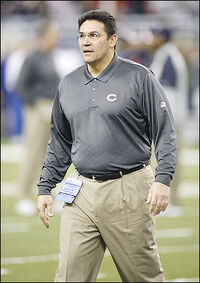 At the professional level, coaches may work for millions of dollars a year. They are less in the media than their college counterparts as their players are often more than willing to talk to the media, and more than outrageous enough to attract the attention. The head coach at the pro level thus has much more time to devote to tactics and playbooks, which are combed over by staff paid even more than at the college level. Head coaching, due to the extensive time on the road and long hours, is a very stressful job. Since the money is good at high levels, many coaches retire in their early fifties.