American Football Database
Register
Don't have an account?
Sign In
Advertisement
in: Use American English from March 2019, Articles with invalid date parameter in template, All Wikipedia articles written in American English,
and 9 more 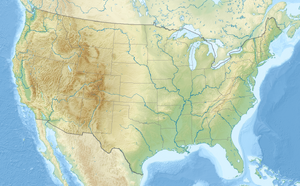 The Commander-in-Chief's Trophy is awarded to each season's winner of the American college football series among the teams of the U.S. Military Academy (Army Black Knights), the U.S. Naval Academy (Navy Midshipmen), and U.S. Air Force Academy (Air Force Falcons).

The Navy–Air Force game is traditionally played on the first Saturday in October, the Army–Air Force game on the first Saturday in November, and the Army–Navy Game on the second Saturday in December. In the event of a tie, the award is shared, but the previous winner retains physical possession of the trophy. The Commander-in-Chief's Trophy and the Michigan MAC Trophy are the only NCAA Division I FBS triangular rivalry trophies awarded annually. The few others, such as the Florida Cup and the Beehive Boot, are contested sporadically.

Through 2018, the Air Force Falcons hold the most trophy victories at 20 and the Navy Midshipmen have won 15. The Army Black Knights trail with 8, but are the current holders having won the last two. The trophy has been shared on four occasions, most recently in 1993.

History of the trophy

Air Force first played Army in 1959 and Navy in 1960; prior to 1972, Air Force met Army in odd years and Navy in even years (and neither in 1961, 1962, 1964). The Commander-in-Chief's trophy was the brainchild of Air Force General George B. Simler, a former Air Force Academy athletic director who envisioned the trophy as a means to create an annual series of football games for the Air Force Academy against the Military Academy and the Naval Academy. First awarded in 1972 by President Richard Nixon, the trophy itself is jointly sponsored by the alumni associations of the three academies.[1][2]

During the late 1980s and early 1990s, the winner of the trophy, if bowl eligible, was granted an invitation to the Liberty Bowl in Memphis, Tennessee.[3]

Navy was the first to five wins in 1981, while Army won its fifth in 1988 and Air Force in 1989 to knot the series (five wins each with three shares). Air Force has led since their win in 1990, and dominated through 2002, with sixteen wins to Army's six. Winless in the series for over two decades, Navy reeled off seven consecutive sweeps from 2003 through 2009 to draw close.

In the annual series, Air Force plays a home game and a road game, usually both on campus, hosting Navy in even-numbered years and Army in odd years. Army–Navy is a neutral site game, usually in a major eastern city and most frequently in Philadelphia; it was last played on campus in 1942 and 1943, during World War II travel restrictions.

The other two federal service academies – the U.S. Coast Guard Academy and U.S. Merchant Marine Academy – do not participate in this competition. They are approximately one-quarter the size of the three Department of Defense academies and compete in Division III athletics, so they do not compete against the DOD military academies in most sports. The Coast Guard Bears and Merchant Marine Mariners have an annual football rivalry for the Secretaries Cup.

The trophy itself stands 2.5 feet (0.76 m) high and weighs 170 lb (77 kg). The design consists of three silver footballs in a pyramid-like arrangement, set on a circular base, with three arc-shaped sections cut out – one for each academy. In each of the cut-out areas stands a silver figurine of the mascot of one of the academies, in front of small, engraved plates denoting which years the respective academy has won the trophy. Beneath each of the three silver footballs is the crest of one of the three academies.

In the event of a shared award, the previous year's winner retains custody of the trophy.