The merger which formed the CIF was announced on August 22, 2014,[2] after it had been rumored that the CPIFL and LSFL had been in discussions of a possible merger since July 31, 2014.[3]

The Gary Dawgs, originally announced as a charter member of the CIF, rebranded as the Illiana Eagles (now the Chicago Eagles) after a change in ownership and delayed their entry into the league until 2016.[4][5] On February 21, 2015, the new owners of the New Mexico Stars announced that the team would not enter the league as planned after head coach Dominic Bramante resigned two weeks before the scheduled start of training camp.[6] On March 3, the Albuquerque-based Duke City Gladiators announced they were joining the CIF for the 2015 season and would play an abbreviated 11-game schedule as a partial replacement for the New Mexico Stars. At the end of the regular season, the four teams (ordered by seeding) that made the postseason were the Sioux City Bandits, Texas Revolution, Wichita Force, and Amarillo Venom. On Thursday, June 11, Texas defeated Wichita 39-27. Two days later, Sioux City beat Amarillo 83-52. This pitted Texas against Sioux City in Champions Bowl I on June 20 in Iowa. It was a highly anticipated event in both Siouxland and the Dallas-Fort Worth area, as the number one offense (Sioux City) faced the top defense (Texas). It was a well-fought game, especially at halftime, as the score was tied 35-35. But a rushing touchdown for eventual Champions Bowl MVP Andrew Prohaska and a Rahn Franklin interception sealed the deal for the Bandits as they defeated the "Revs", 76-61 in front of a raucous crowd of 3,757.

The Mesquite Marshals, Salina Liberty, and Bloomington Edge announced their entrance into the league, bringing the total number of teams to 12. The league meetings were on August 19 in Dodge City, Kansas. Many league changes were announced, including Darlene Jones resigning as commissioner, citing personal health-related reasons. Ricky Bertz was then appointed interim commissioner, with the help of Indoor Football League Hall-of-Famer, Tommy Benizio (who was the IFL's commissioner). Stephanie Tucker also joined Bertz and Benizio. Also announced at that time was the Northern/Southern divisional alignment. Later, on January 11, 2016, Bertz stepped down to focus on his team's sales, and Randy Sanders was named the interim commissioner.[7] The updated alignment had each division with six teams. The top three teams reaching the playoffs and the team with the best record in each division received a bye in the first round. The division leader would then play the winners of the 2 vs. 3 seeds playoff game.

At the end of the 2016 season, the Mesquite Marshals changed their name to the Dallas Marshals. Later, the San Angelo Bandits folded but were immediately replaced by an expansion team called the CenTex Cavalry out of Belton, Texas. The CIF continued to expand for the 2017 season by adding the River City Raiders and West Michigan Ironmen from the recently defunct American Indoor Football and two expansion teams in Kansas City Phantoms and Bismarck Bucks. The CIF has also announced the league will realign from two to four divisions, with two teams each division making the playoffs.[8] In November 2016, the Chicago Eagles announced that they had suspended operations for the 2017 season.[9] Following the Eagles departure, the River City Raiders left the league citing the adverse effects on their schedule due to losing a regional opponent, although there had been claims that the Raiders were actually asked to leave due to non-payment of league fees.[10] With the departure of the two teams, the league realigned back into two conferences of seven teams, with four teams per conference making the playoffs.[citation needed]

During the league winter meetings, Bertz returned to his former position of interim league commissioner. Sonny Clark of the Texas Revolution was named as director of operations.[11]

On August 16, 2017, the CIF announced the Quad City Steamwheelers as an expansion team for 2018. On August 30, the league announced the addition of the Sioux Falls Storm from the IFL. The Wichita Falls Nighthawks of the IFL also joined on September 12.[12] On the same day the Nighthawks joined, the Bloomington Edge and West Michigan Ironmen left the CIF for the IFL. The CIF apparently then attempted to sue the IFL, Edge, and Ironmen for leaving the CIF after the two teams had already signed league affiliation agreements with the CIF for 2018. The IFL then threatened to sue the CIF, Storm, and Nighthawks in return despite neither former IFL team signing an affiliation agreement with the IFL for 2018.[13] To avoid disputes, the CIF stated they would not schedule either team.[14] The Storm immediately announced that they would return to the IFL[15] and the Nighthawks had to suspend operations.[16] While the CIF did drop the lawsuit against the IFL, it filed for an injunction against the Edge and Ironmen teams from participating in the IFL for breaking the terms of their signed affiliation agreements. A temporary injunction from participation against the two teams was granted on January 31, 2018.[17]

During the 2018 season, it was announced that after a change in ownership, the West Michigan Ironmen would return to the CIF after playing a season in the semi-professional Midwest Professional Indoor Football. The league also added an expansion team called the Oklahoma Flying Aces in Enid, Oklahoma. During the offseason, the CIF lost the Bismarck Bucks and Quad City Steamwheelers to the IFL. When the 2019 schedule was released, both the West Michigan Ironmen and the Kansas City Phantoms had been removed as members.[18] On May 9, the Texas Revolution folded during the season.[19] 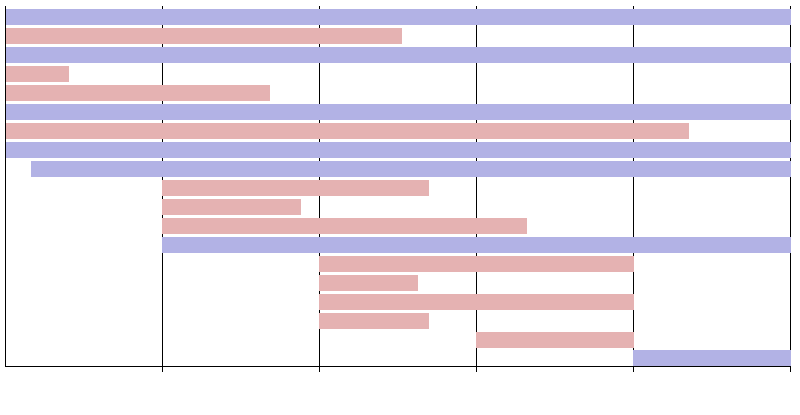 When the CPIFL started in 2013, the championship game was known as the "Champions Bowl", so the CIF used the same name for their title game.