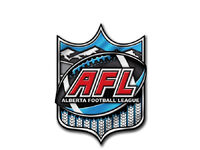 The Alberta Football League (AFL) is an amateur Canadian football league. For the 2010 season, 8 teams competed for the league championship. The league's schedule runs from the start of June through to the end of September.

In 1984–85 the league consisted of seven teams. They were: the Calgary Raiders, the Calgary Cowboys, the Calgary Crude, the Red Deer Redskins, the Rocky Warriors, the Hinton Grizzlies, and the Brownfield Bruisers.

Today in 2010 the league consists of eight teams. They are: the Calgary Gators, the Calgary Wolfpack, the Red Deer Buccaneers, the Lloydminster Vandals (the only team to be based outside the province of Alberta), the Grande Prairie Drillers, the Edmonton Stallions, the Lancaster Legion (Canadian Forces Base Edmonton), and the Sherwood Park Renegades.