Back to page
View source

The Buffalo Bills was an American Football team, based in Buffalo, NY, that played in the All-America Football Conference from 1946 to 1949. During its first season in 1946, the team was known as the Buffalo Bisons. Unlike the Cleveland Browns, San Francisco 49ers, and Baltimore Colts, the franchise was not one of the three AAFC teams that merged with the National Football League prior to the 1950 season.

The team is named after a popular barbershop quartet [1], whose name was a play on the name of the famed Wild West showman Buffalo Bill Cody. The franchise is not officially related, other than in name, to the current NFL franchise, the Buffalo Bills, that began play in 1960 in the American Football League.

There was some controversy over Buffalo's exclusion from the enlarged NFL. Buffalo had experienced more success on the field and at the gate than Baltimore, and the original three-team plan would have left the league with 13 teams, not only a prime number, but also one considered to be bad luck. The move had left Buffalo as the only AAFC market without an NFL team post-merger, and one that had outdrawn the NFL average in fan attendance. With that in mind, Buffalo fans produced more than 15,000 season ticket pledges, raised $175,000 in a stock offering,[1] and filed a separate application to join. When the vote to admit Buffalo was held on January 20, 1950, a majority of league owners were willing to accept Buffalo; however, George Halas, who had a longstanding animosity toward Buffalo's previous NFL franchise, and Dan Reeves blocked the Bills' entry into the league. League rules required a unanimous vote, but the vote, which included the other AAFC teams that were already admitted, was only 9-4 in favor.[2] League commissioner Bert Bell had already put out a schedule based on the 13 teams, and Reeves cited as his excuse for voting against admission was simply that "it was silly to vote in a new city without first having a good idea where my teams would be playing and when."[1]

Buffalo owner James Breuil, having lost $700,000 on the team, was instead content to accept a one-fourth share of the Browns, and the NFL was not inclined to add a fourth team (even though the addition of three teams made for an odd number of teams in the league). The American Football League, a minor league formerly known as the "American Association," offered the Bills a spot in their league, but Breuil declined. Coming with Breuil to Cleveland were three Bills players; the rest were dispersed in the 1950 AAFC Dispersal Draft among the NFL teams, with the Colts and Green Bay Packers picking up the majority of the Bills' roster.

Buffalo would have to wait until 1959 to again have a pro team, when Ralph Wilson acquired an American Football League franchise for Buffalo, which he also named the Bills, presumably after the AAFC team. The Buffalo Bills are still in operation as an NFL team to this day.

During their existence, the Bills played at War Memorial Stadium (Buffalo) from 1946 to 1949. 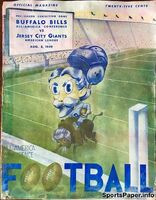 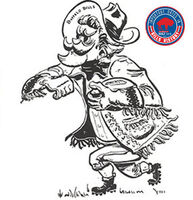 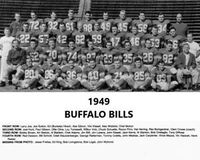 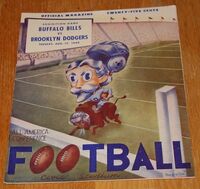 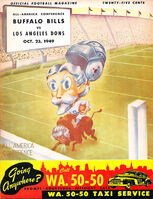 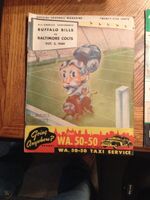 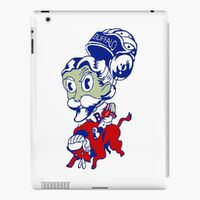 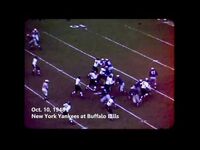 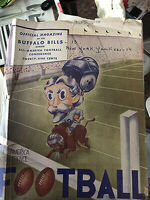 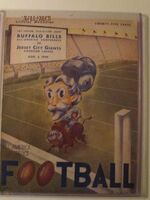 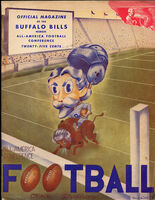 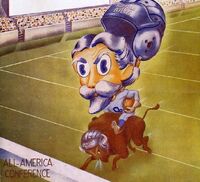 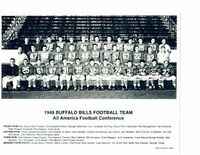 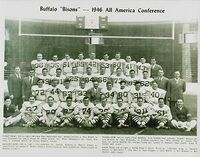 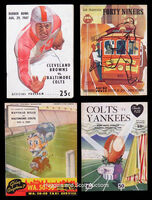 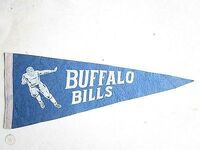 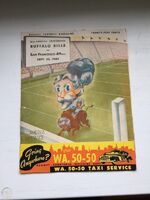 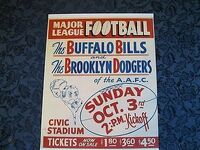 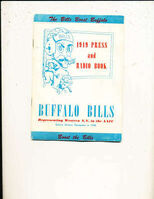 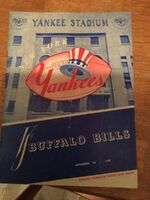 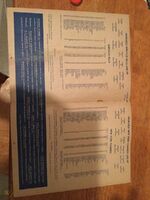 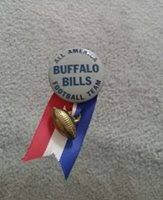 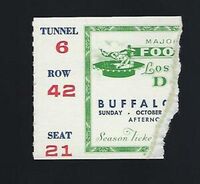 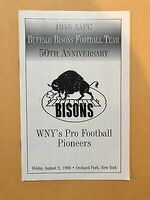 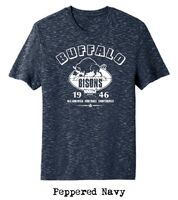 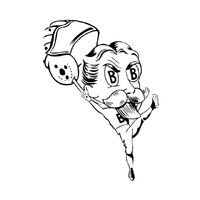