The Atlantic Sun Conference (A-Sun) is a collegiate athletic conference operating in the Southeastern United States. The league participates at the NCAA Division I level, and does not sponsor football. Originally established as the Trans America Athletic Conference (TAAC) in 1978,[1] its headquarters are located in Macon, Georgia.

Northern Kentucky University, which is transitioning from NCAA Division II sports to Division I, joined the A-Sun in 2012. The league's newest program replaced Belmont University, which moved to the Ohio Valley Conference (OVC),[2] and maintained the membership roster at 10 schools. The 2014 departure of East Tennessee State University and Mercer University to the Southern Conference left the A-Sun with 8 full members.

School names and nicknames listed here reflect those used during the schools' time in the TAAC/A-Sun. One school has changed both its name and nickname, and three others have changed only their nicknames: 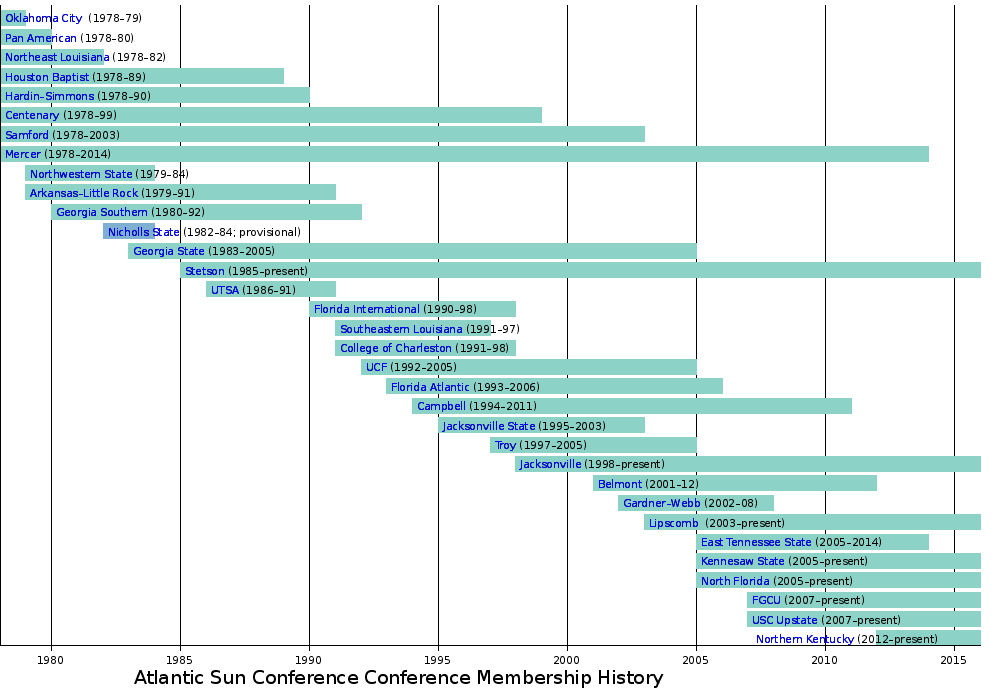 The Jesse C. Fletcher and Sherman Day Trophies are awarded each year to the top men's and women's program in the conference. The Bill Bibb Trophy, combining the men's and women's results for the best overall program, was first awarded in 2006-07. East Tennessee State has won this overall trphy seven of the eight years it has been awarded; Florida Gulf Coast won in 2012-13.[4]