Bluefield College was a member of the AAC from 2001 until 2012 when it left to join the Mid-South Conference. On March 3, 2014, Bluefield College announced that it would return to the AAC effective Fall 2014.[3]

The league currently has 16 full members. It is the largest conference in the NAIA.[2] 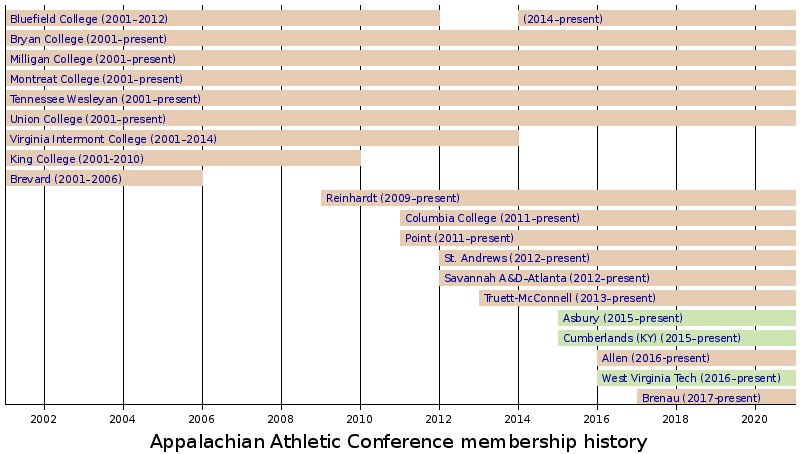 Retrieved from "https://americanfootballdatabase.fandom.com/wiki/Appalachian_Athletic_Conference?oldid=208293"
Community content is available under CC-BY-SA unless otherwise noted.