The Allen Wranglers are a team in the Indoor Football League. They were previously the Arkansas Twisters of arenafootball2, the official minor league of the Arena Football League. When they joined the IFL in 2010, they became the Arkansas Diamonds. Their home games are played at the Allen Event Center.

On November 17, the team left Arena Football 1 to join the Indoor Football League. Due to a complicated legal process, the team had to change its name. On February 4, 2010, they announced that Arkansas Diamonds won the fan vote.

The Diamonds later left Arkansas and moved to Allen, Texas to play as the Allen Wranglers, starting with the 2011 IFL season.[1] After a name-the-team contest, the team announced on September 29 it would be called the Allen Wranglers.

On November 5, 2010, the team announced that Chris MacKeown would be the Wranglers' head coach for the 2011 season. MacKeown was most recently the offensive coordinator for the Arena Football League's Colorado Crush after a stint as head coach and director of football operations for the Amarillo Dusters of af2.[2] 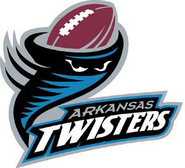 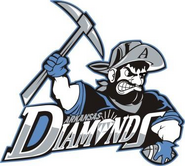 Allen Wranglers logo (2011-present)
Add a photo to this gallery

Retrieved from "https://americanfootballdatabase.fandom.com/wiki/Allen_Wranglers?oldid=31868"
Community content is available under CC-BY-SA unless otherwise noted.