The 8th Vanier Cup was played on November 25, 1972, at Varsity Stadium in Toronto, Ontario, and decided the CIAU football champion for the 1972 season. The Alberta Golden Bears won their second championship by defeating the Waterloo Lutheran Golden Hawks by a score of 20-7.[1][2] 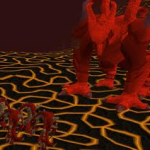