An All-American team is an honorary sports team for a specific season composed of the best amateur players at each position—who in turn are given the honorific "All-America" and typically referred to as "All-American athletes", or simply "All-Americans". Although the honorees generally do not compete together as a unit, the term is used in U.S. team sports to refer to players who are selected by members of the national media.

The College Football All-America Team is an honor given annually to the best American college football players at their respective positions. The original All-America team was the 1889 College Football All-America Team selected by Casper Whitney and Walter Camp.[1][2][3] In 1950 the National Collegiate Athletic Bureau, which is the National Collegiate Athletic Association's (NCAA) service bureau, compiled the first list of All-Americans including first-team selections on teams created for a national audience that received national circulation with the intent of recognizing selections made from viewpoints that were nationwide.[4] Since 1952, College Sports Information Directors of America (CoSIDA) has bestowed Academic All-American recognition on male and female athletes in Divisions I, II, and III of the NCAA as well as National Association of Intercollegiate Athletics athletes, covering all NCAA championship sports.[5]

Currently, NCAA compiles consensus all-America teams in the sports of Division I-FBS football and Division I men’s basketball using a point system computed from All-America teams named by coaches associations or media sources. The system consists of three points for first team, two points for second team and one point for third team. Honorable mention and fourth team or lower recognitions are not accorded any points. Football consensus teams are compiled by position and the player accumulating the most points at each position is named first team consensus all-American. Currently, the NCAA recognizes All-Americans selected by the AP, AFCA, FWAA, TSN, and the WCFF to determine Consensus All-Americans.[6] 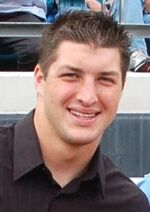 The following players were selected to the University Division Academic All-America first and second teams.[7][8]

Retrieved from "https://americanfootballdatabase.fandom.com/wiki/2009_College_Football_All-America_Team?oldid=31279"
Community content is available under CC-BY-SA unless otherwise noted.