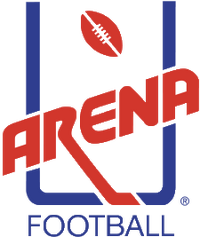 The 1996 Arena Football League season was the 10th season of the Arena Football League. The league champions were the Tampa Bay Storm, who defeated the Iowa Barnstormers in ArenaBowl X. The AFL finally stabilized its scheduled number of games. It expanded to a 14-game season, which would remain until 2003. Previously, the scheduled number of games had not stayed the same for more than three years.

The Texas Terror were welcomed as an expansion team.

Meanwhile, the Fort Worth Cavalry were relocated to Minneapolis and became the Minnesota Fighting Pike; the Las Vegas Sting moved to Anaheim, California, becoming the Anaheim Piranhas, and the Miami Hooters were renamed to the Florida Bobcats.