The Boston Redskins moved to Washington D.C. in 1937 to become the Washington Redskins. They began with the team trying to improve on their 7–5 record from 1936. They would end the season by winning the 1937 NFL Championship game against the Chicago Bears, 28–21.

On Monday, September 6, 1937, the Redskins played their first Washington-area game following their move from Boston. Washington beat an American Legion All-Star team by a score of 50-0 in front of 1,000 at McCurdy Field in Frederick, Maryland.[1] 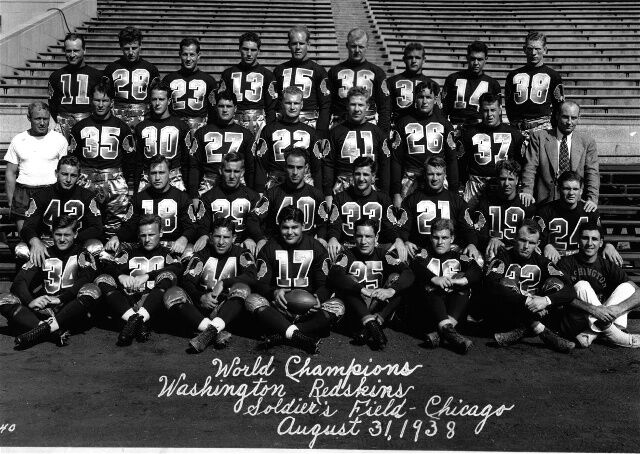